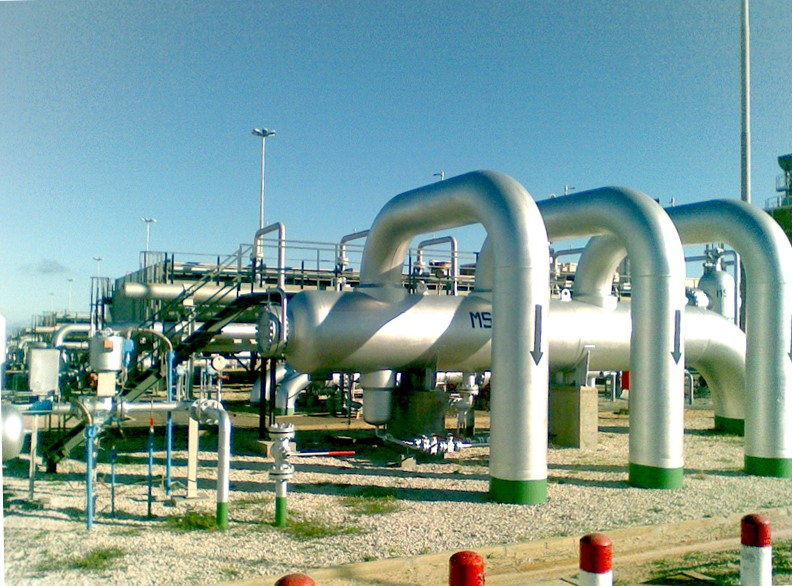 Cascina, PISA, June 2019. SAFire is pleased to announce that Eni Trans Tunisian Pipeline Company’s (TTPC) has awarded SAFire for the design, construction, installation and commissioning of a F&G system as well as two Carbon Dioxide fire suppression systems for the protection of two exhaust silencers in the turbo compression station located in Sbikha, Tunisia.

The TTPC transportation system was built with the main purpose of transporting Algerian gas to the Italian market and is the result of the agreements entered by Eni and the Tunisian government in 1977. The pipeline consists of two 48'' lines, the first line operational since 1983 and the second since 1994, which run across the Tunisian territory for about 370 kilometres, from the Oued es Saf-Saf region, at the Algerian border, to the Cap Bon point, on the Mediterranean coast, where the TTPC pipeline is interconnected with the submarine TMPC (Trans Mediterranean Pipeline Company) pipeline. The Cap Bon compression station is dedicated to the boosting of the natural gas throughout the TMPC system to Mazara del Vallo, in Sicily, where the TMPC pipeline is interconnected with the Snam Rete Gas Italian transportation network.

The project is a significant award for SAFire which confirm the presence in the Northern Africa market. The project will be engineered, and project managed from the PSA facility in Cascina (PISA). All components used for the carbon dioxide systems will instead be produced in SAFire SPN factory in (MESSINA).

Trans Tunisian Pipeline Company was created with the aim of ensuring the transportation of natural gas of Algerian origin from the border between Tunisia and Algeria, near the Oued Saf-Saf, to the Tunisian coast, near Cap Bon, where the TTPC transportation system connects to the TMPC submarine pipeline. 100% of the shares are held by Eni S.p.A.

Eni is one of the global oil and gas super-players – operating in 71 countries worldwide and employing around 33,000 people. As of March 31, 2018, the company's market capitalisation was calculated at $64 billion. Eni is consistently ranked among the top 150 companies on the Fortune Global 500 list according to revenue.

Send us an email