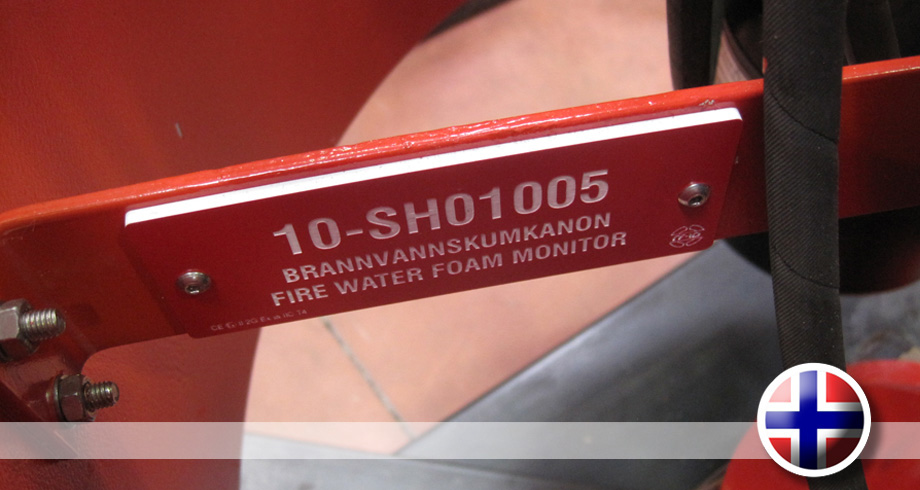 SA Fire Protection has received an order from Dräger Netherland B.V Division Marine & Offshore for providing two advanced remote controlled firefighting systems for the protection of the Main and Weather Decks located on the off shore platform which will be operating in the Martin Linge project.

The Martin Linge project is a condensate oil and gas field operated by Total in partnership with Petoro and Statoil. The production is estimated in 80.000 barrels of oil equivalent (boe/d) per day extracted from a reservoir that lies 115 m under water. The terrain at the Martin Linge field has proven to be both complex and a high pressure area. In addition, the Martin Linge field sets itself apart due to its safer and more environmentally friendly platforms. In 2018 the project is expected to become operational and the gas will be exported to the UK via the FUKA gas pipeline.

This project confirms the leadership position of SA Fire Protection as manufacturer of automatic monitors.

Dräger Netherland B.V. Div. Marine & Offshore is one of the major players in Marine and Off-Shore safety and firefighting in Northern Europe and Asia. The company is part of Dräger and offers high quality marine & offshore services in the field of firefighting, rescue and safety equipment that are carried out from the headquarters in the Port of Rotterdam.

Total is a French multinational integrated oil and gas company and one of the six "Supermajor" oil companies in the world. Its businesses cover the entire oil and gas chain, from crude oil and natural gas exploration and production to power generation, transportation, refining, petroleum product marketing, and international crude oil and product trading. Total is also a large-scale chemicals manufacturer. The company has its head office in the Tour Total in the La Défense district in Courbevoie, West of Paris.

Statoil ASA, is a Norwegian multinational oil and gas company headquartered in Stavanger, Norway. It is a fully integrated petroleum company with operations in thirty-six countries. Statoil is ranked as the world's eleventh largest oil and gas company.  The company is headquartered and led from Stavanger, while most of their international operations are currently led from Fornebu.

Petoro, is a company wholly owned by the state of Norway, manages Norway's portfolio of exploration and production licenses for petroleum and natural gas on the Norwegian continental shelf.